World Without Wars :The Story Of The Christmas Truce 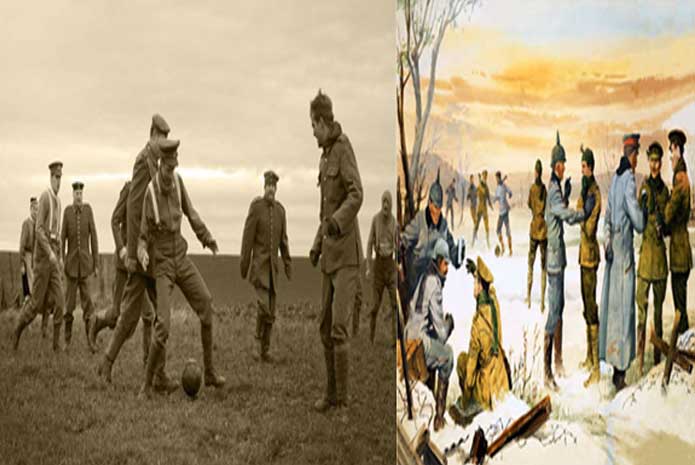 Christmas Truce of 1914 which is often represent as a symbolic dimension of peace and this came only five months after the outbreak of World War I in Europe and was one of the last examples of such a humanity between enemies in warfare. In the hundred years since, the event has been seen as a kind of miracle, a rare moment of peace into a war. Europe has given a great thought to mankind. People know about European history of World War I, World War II, napoleon wars and also many wars but hardly anyone knows that in Europe there was a story about Christmas Truce where the armies and soldiers of two Europeans powers fighting against each other celebrated Christmas together, played football, gave present  and shared a great friendly moment with each other. Many would not believe but this is true story from Europe during World War I.

During World War I, on and around the Christmas Day in 1914, the War zone was roaring with sound of rifles. Amidst this war, there were a bunch of German soldiers who were in favor Christmas holiday celebrations. So they put down their weapons, left their trench and approached enemy lines across the No man’s land to wish them a “Merry Christmas”. At first the Allied soldiers thought this to be a trap, but after finding Germans to be unarmed, even they forgot the bloodshed and climbed out of their trenches to return the gesture. On this Christmas day, the sound of the bullets was replaced by the melody of Christmas carols. All across the front, soldiers from both sides forgot their disputes and met in the No man’s land to exchange Christmas presents of Cigarettes, plum puddings etc & some even like to believe that they played a match of soccer instead of a battle to decide the fate of the war. This is the most unique of events in the History of mankind when soldiers forgot four months of battle and embraced peace at least for a little while despite being clueless about the end of the war.

Informal truces were also agreed and used as an opportunity to facilitate some medical help to the injured & a proper funeral for the dead. However, the High Command feared the longer-term impact of such activity and issued strict orders to curb the Christmas Peace mutiny such as declaring an involvement as an act of treason. Yet for many at the time, the story of the Christmas truce was not only an example of bravery or humanity in the depth of war but also a tale of unity : when the men on the ground decided they were not fighting the same war as their superiors expected them. They realized that despite all the differences it was peace that they all craved for more than anything else in this world. The war continued for about four more years which took around deaths of 37 million civilians and military personnel.

During World War I, the soldiers on the Western Front did not expect to celebrate on the battlefield, but even a big war like this could not destroy the Christmas spirit. The onset of the First World War marked the true beginning of a new era and the Christmas Truce  is most certainly drew the final curtain on a dying age. The truces were not unique to the Christmas period, and reflected a growing mood of “Live and Let Live”. If this would have continued we would see no wars. So, big question is that it will continue today or not?

Your Europe tour would be incomplete without really knowing the great stories about the people of Europe. 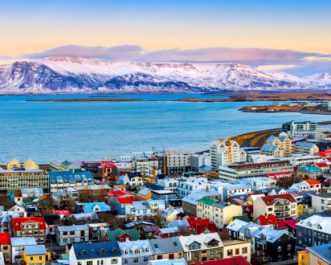