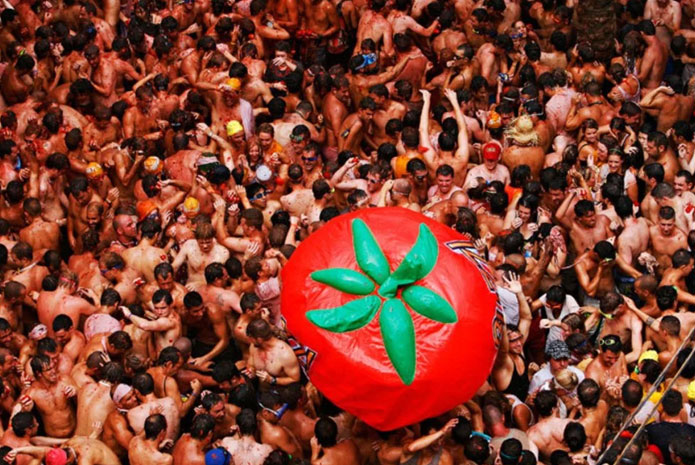 La Tomatina is considered to be the ‘World’s Biggest food fight’ where thousands and thousands people from all over the world participate. It is estimated that more than a hundred metric tons of over ripe tomatoes are thrown on the street. This food fight festival is held on the last Wednesday of August every year in Bunol town which is thirty eight kilometers from Valencia, Spain. Until 2013, around fifty thousand people took part in this tomato fight, overbursting the city which has a population of nine thousand. However, after 2013, the number of people taking part in the festival has been limited to twenty thousand by issuing official tickets to the participants. The town of Bunol has limited accommodation facilities for those who come to witness La Tomatino. Therefore, many of them stay in Valencia. Due to the food fight festival a lot of dirty mess ensues all over the place, the shopkeepers cover their store fronts with huge plastic sheets in order to protect them from the havoc. 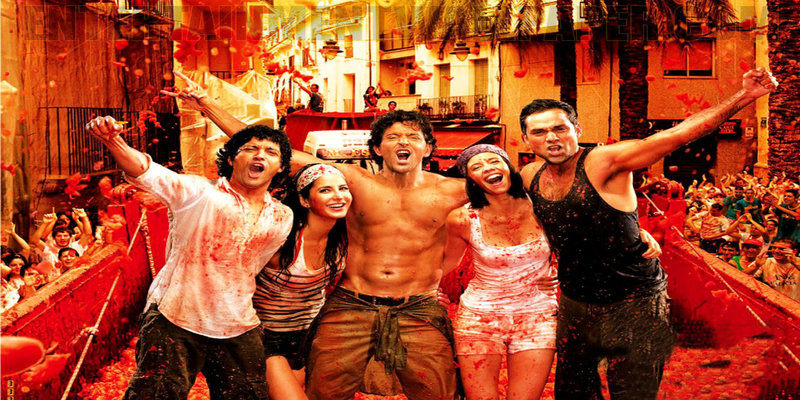 How did La Tomatina Start ?

Ever since 1945, the La Tomatina has been a strong tradition in Bunol. The exact origin of the festival is not known, however the probable speculations are that it began due to a local food fight among friends, a class war amongst juveniles, a cascade of tomatoes from bystanders at a festival display, a practical joke on a bad musician, and the lawless consequence of an accidental lorry spillage. Another favored belief is that the unhappy people of the town charged the town’s councilmen with tomatoes during a town celebration. Whatever may be the reason, it was liked so much that it was rearranged the next year, and all years to come. During the reign of Francisco Franco, the holiday was disallowed citing reasons that it had no religious importance, but restarted in the 1970s after his death. 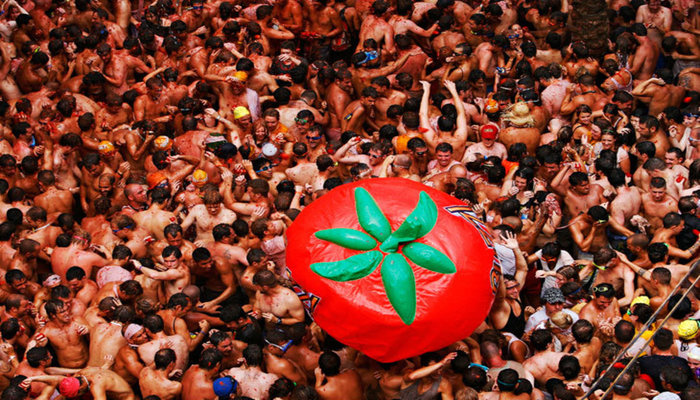 La Tomatina festival starts around 11 am in the morning with lot of trucks hump the loads of tomatoes into the heart of the town known as Plaza del Pueblo. The tomatoes are procured from the region of Extremadura, where they are available at low cost. The festival officially begins only when one daring soul manages to climb to the top of a wooden pole known as Palojabon, that is greased up and is two storey’s high and has pork tied to it on the top. In actual, this exercise takes a long time and the festival begins even though no one gets to the top of the pole. The signal for the beginning of the fight is with the firing of water cannons, the festival is said to make a head start and then the real fight starts. There are no teams and every person is own their own, once the battle has begun.

After around a hour of fighting, the festival comes to an end. Once this happens, no one is allowed to throw any more tomatoes. After the end of the festival, the cleaning process of the mess starts. Water is sprayed on the streets with the help of fire trucks and water being used from a Roman aqueduct. Since the officers are busier with the cleaning of the town, the people go to the Bunol River in order to wash and cleanup themselves. Some locals may also allow the visitors by providing them water to clean up. 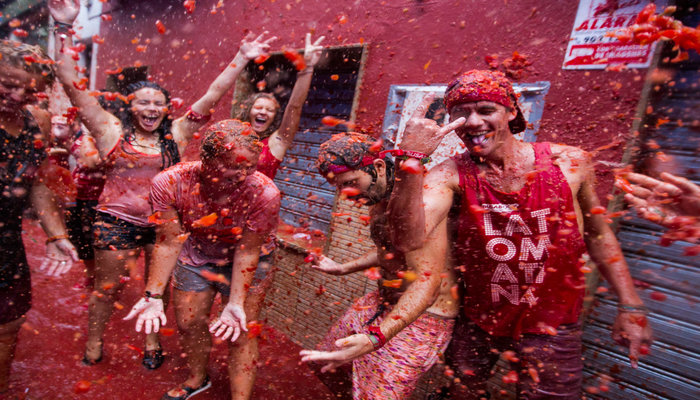 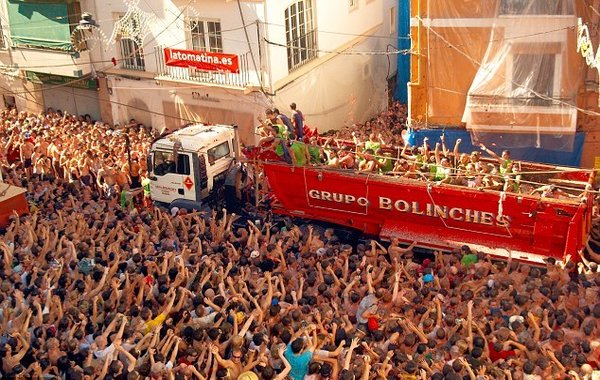 « The Luxurious Resorts of India 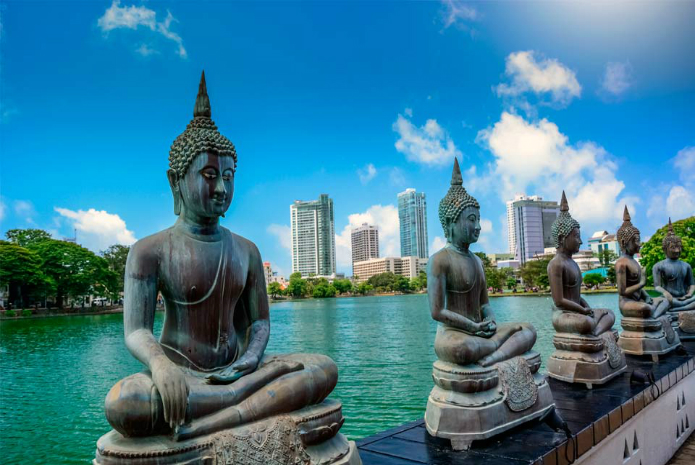 Five Reasons To Visit Sri Lanka At-least Once In Your Lifetime! 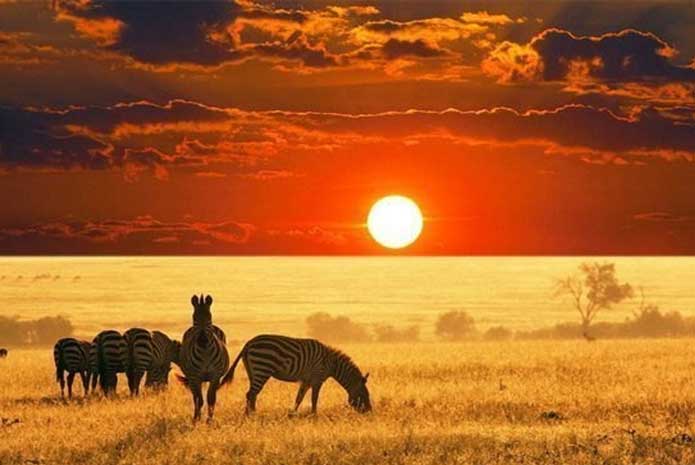 7 Gems of Experiences to Adorn Your South Africa Tour! 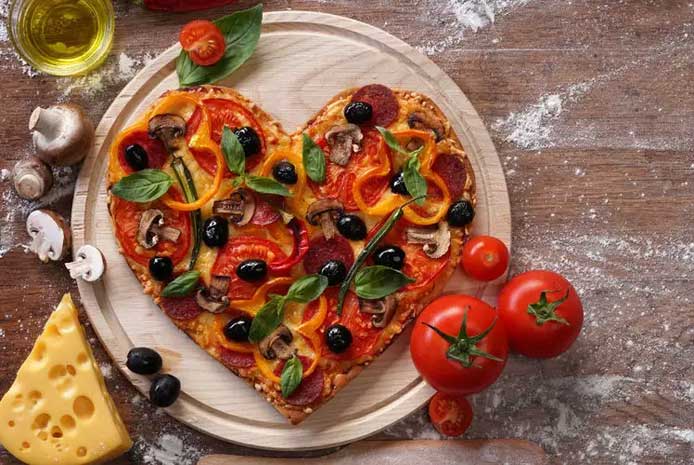